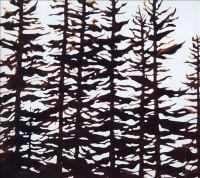 Pointing at the sun /

Pointing at the Sun is Cheryl Wheeler's eighth album since 1986, and it marks another step in the evolution of her concerns as a singer/songwriter that will be familiar to listeners who have followed her so far. She sings in a warm, rhythmic alto over her acoustic guitar playing, to which, on record, are added supportive arrangements particularly featuring the string work of Duke Levine (acoustic guitar, electric guitar, National steel guitar, slide guitar, octave mandolin, mandola) and the various keyboards of producers Ben Wisch and Kenny White. As a lyricist, Wheeler continues to confront depression and the mysteries of the universe, but on Pointing at the Sun she is less concerned with romantic disappointment than with assuring someone (herself? a friend? a lover? her listeners?) of her support, beginning with "Holding On," in which she sings "I won't let you fall," and continuing with "Underbrush," which starts "Let me lift this burden from you." That she may actually be talking to herself is suggested in such songs as "One Step at a Time" ("I'm all right, I'll get by") and "Praise the Lord and Life Is Grand." "I don't need no comforting," she notes in the latter, and a songwriter who once pondered "Is It Peace or Is It Prozac?" adds "no pills to make me happy/Little pills to take until I just can't feel a thing." Nevertheless, the narrator of these songs nearly always seems to be lying in bed, which can't be a good sign. But she finds comfort in nature (the title song reveals that it is plants that are "pointing at the sun") and in various creatures, both of which she tends to anthropomorphize. In fact, in the last three songs, she lets an animal take over completely. On previous albums, she has taken a different tack toward the end of the discs, often a humorous one. Here, after eight tracks of personal reflection, she abruptly switches gears and devotes a mini-set to her late cat Penrod on "White Cat," "Cat Accountant," and "My Cat's Birthday" (the last even features a percussion instrument she calls a "catash," which is a shaker filled with Penrod's ashes). "White Cat" is a patter song sung in the cat's imagined voice that borders on rap; "Cat Accountant" has the swing jazz feel of a Django Reinhardt tune; and "My Cat's Birthday" is a Latin romp. It's all very different from what has gone before on the album, and the artist seems much more engaged, musically and lyrically. Cat lovers certainly won't mind. ~ William Ruhlmann