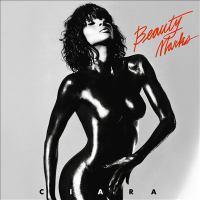 Out of the major-label system, Ciara starts a new chapter with her own label and first album in four years. She retreads just about every move she has made before, even though the crop of new fellow songwriters and producers almost outnumbers the familiar likes of Ester Dean, Pierre Medor, Christopher "Tricky" Stewart, Rodney Jerkins, Jasper Cameron, and Theron Thomas. The best of the reunions occurs with Cameron and Thomas on "Greatest Love," a glimmering devotional slow jam with the singer delivering one of her most stirring vocals. Among the new collaborators is Skylar Grey, who co-writes and produces the title song, a piano-and-cello finale on which Ciara sounds fulfilled and recharged. ~ Andy Kellman

All songs co-written by Ciara.