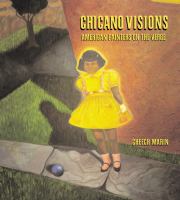 Cheech Marin, best known as a comedian and actor as well as a director and musician, here showcases his monumental collection of Chicano art in a landmark book that will be accompanied by a blockbuster exhibition currently touring the U.S. Featuring over 30 artists' work, including Gronk, Patssi Valdex and Carlos Almaraz, these paintings depict Hispanic culture, religion and politics with brilliant color and emotion. With incisive essays by leading scholars that describe the origins of Chicano art, this is work that is on the cutting edge of contemporary art.

Published on the occasion of the exhibition.

Highlights the work of more than thirty Chicano artists in a volume that is largely drawn from Marin's own art collection, and includes essays by leading scholars on the history and development of Chicano art.