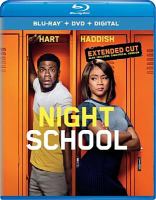 A group of misfits who are forced to attend adult classes in the longshot chance they'll pass the GED exam.

Originally released as a motion picture in 2018.

After losing his job as a successful salesman, Teddy finds he must go back to school to try to get his GED.