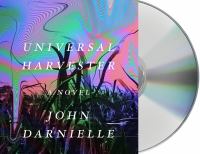 <p>Jeremy works at the Video Hut in Nevada, Iowa. It's a small town in the center of the state--the first a in Nevada pronounced ay . This is the late 1990s, and even if the Hollywood Video in Ames poses an existential threat to Video Hut, there are still regular customers, a rush in the late afternoon. It's good enough for Jeremy: it's a job, quiet and predictable, and it gets him out of the house, where he lives with his dad and where they both try to avoid missing Mom, who died six years ago in a car wreck.</p><p>But when a local schoolteacher comes in to return her copy of Targets --an old movie, starring Boris Karloff, one Jeremy himself had ordered for the store--she has an odd complaint: "There's something on it," she says, but doesn't elaborate. Two days later, a different customer returns a different tape, a new release, and says it's not defective, exactly, but altered: "There's another movie on this tape."</p><p>Jeremy doesn't want to be curious, but he brings the movies home to take a look. And, indeed, in the middle of each movie, the screen blinks dark for a moment and the movie is replaced by a few minutes of jagged, poorly lit home video. The scenes are odd and sometimes violent, dark, and deeply disquieting. There are no identifiable faces, no dialogue or explanation--the first video has just the faint sound of someone breathing-- but there are some recognizable landmarks. These have been shot just outside of town.</p><p>So begins John Darnielle's haunting and masterfully unsettling Universal Harvester the once placid Iowa fields and farmhouses now sinister and imbued with loss and instability and profound foreboding. The audiobook will take Jeremy and those around him deeper into this landscape than they have ever expected to go. They will become part of a story that unfolds years into the past and years into the future, part of an impossible search for something someone once lost that they would do anything to regain.</p><p> This program is read by the author and includes original music. </p>

Life in a small town takes a dark turn when mysterious footage begins appearing on VHS cassettes at the local Video Hut.

Far from a midcareer side project, this unsettling second novel from the frontman of indie folk band The Mountain Goats confirms the promise of his National Book Award-nominated debut, Wolf in White Van. Jeremy Heldt is working at the Video Hut in small-town Iowa during the late 1990s when a customer returns her VHS rental, complaining that another movie appears to have been spliced in-not much action, just some faint breathing. Soon after, another customer reports something similar, this one involving a figure in a chair with a bag tied around its head. Jeremy's boss Sarah Jane recognizes the barn in this second video and ultimately gives up the video store trying to find answers. From this spooky premise, Darnielle goes further into an oblique, moving meditation on grief: Jeremy's mother was killed in a car accident when he was younger, and the woman whose barn Sarah Jane identifies lost her mother to a religious sect more than 20 years earlier. Their losses haunt the novel, as does the foreboding Iowa landscape. VERDICT Darnielle's contemporary ghost story may confound with its elusiveness (who is the mysterious "I" narrator?), but its impact will stick with readers. [See Prepub Alert, 8/15/16.]-Michael Pucci, South Orange P.L., NJ © Copyright 2016. Library Journals LLC, a wholly owned subsidiary of Media Source, Inc. No redistribution permitted.