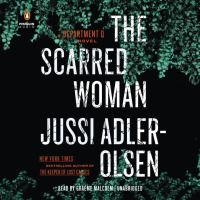 The New York Times and #1 internationally bestselling author of The Keeper of Lost Causes delivers his most captivating and suspenseful Department Q novel yet--perfect for fans of Stieg Larsson. <br> <br> Detective Carl M rck of Department Q, Copenhagen's cold cases division, meets his toughest challenge yet when the dark, troubled past of one of his own team members collides with a sinister unsolved murder. <p> In a Copenhagen park the body of an elderly woman is discovered. The case bears a striking resemblance to another unsolved homicide investigation from over a decade ago, but the connection between the two victims confounds the police. Across town a group of young women are being hunted. The attacks seem random, but could these brutal acts of violence be related? Detective Carl M rck of Department Q is charged with solving the mystery. <p> Back at headquarters, Carl and his team are under pressure to deliver results: failure to meet his superiors' expectations will mean the end of Department Q. Solving the case, however, is not their only concern. After an earlier breakdown, their colleague Rose is still struggling to deal with the reemergence of her past--a past in which a terrible crime may have been committed. It is up to Carl, Assad, and Gordon to uncover the dark and violent truth at the heart of Rose's childhood before it is too late.

Unable to find links between the murder of an elderly woman in a Copenhagen park and another unsolved case that is unsettlingly similar, Detective Carl Mørck of Department Q finds his job and division on the line.

Translated from the Danish.

The seventh book in the best-selling "Department Q" series finds Copen-hagen Det. Carl Morck contending with an unsolved murder case, the troubled past of a member of his team, and the possible end of his department. [See Prepub Alert, 3/13/17.] © Copyright 2017. Library Journals LLC, a wholly owned subsidiary of Media Source, Inc. No redistribution permitted.