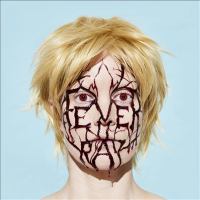 "Hey, remember me? I've been busy working like crazy," Karin Dreijer sings on Plunge, but even though Fever Ray's second album arrived eight years after the project's self-titled debut and five years after the Knife's Shaking the Habitual, Dreijer remains unforgettable. With both of those acts, they pioneered crystalline electronic sounds that became the blueprint for many acts during the time between their albums. With Plunge, Dreijer reaffirms that they're still more fearless than most of their would-be peers. From its title to its songs, the album is a sudden, total immersion in the unexpected. On Fever Ray, Dreijer mined pure darkness for all it was worth; this time, they throw more light on their music, and it's stranger and brighter sounding than it has been in years. Frequently, Plunge recalls the way the Knife's early albums filtered tropical sounds through an iceberg. On the title track, the synths sound like steel drums and splashing water, and thanks to Portuguese producer Nidia's galloping beat, "IDK About You" resembles a futuristic-yet-feral mating ritual. Yet Plunge sounds fresher -- sharper -- than the Knife's later releases, even as it touches on similar themes. Since Silent Shout, Dreijer has eloquently expressed the need for intimacy, as well as its consequences, by blurring the lines between love songs and horror themes. "Falling," which echoes Fever Ray's icy isolation, upholds that tradition, but so do the fierce and tempting "Wanna Sip" and the equally nightmarish and poignant "An Itch," a pair of songs that explore the potentially terrifying possibility of connecting with someone else. The fear and hope surrounding letting the right one in peaks on "Red Trails," where Dreijer sings about a vampiric relationship ("blood was our favorite paint/You were my favorite pain") over violin and a ricocheting beat to stunning effect. Elsewhere, Dreijer makes the album's defiance overtly political on "This Country," where "Destroy boring" and "Every time we f*ck, we win" are key parts of their manifesto, and on "To the Moon and Back," where their bold statements are all the more subversive because of their deceptively sugary sounds. Dreijer matches these expressions of individuality with a wish to belong that, remarkably, doesn't feel contradictory. The somber patience of "Mustn't Hurry" and "A Part of Us" culminates with "Mama's Hand," which gives the album a surprisingly happy conclusion thanks to "a little thing called love." Boasting more moods and colors than Fever Ray's debut, or any single Knife album, Plunge's headlong dive into commitment is Dreijer's most powerful work yet. ~ Heather Phares