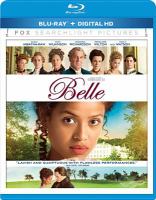 Set in 18th century England and based on a real story, Amma Asante's Belle stars relative Gugu Mbatha-Raw as the title character - full name, Dido Elizabeth Belle. She is the illegitimate, mixed-race daughter of British Admiral Sir John Lindsay and a black woman he had an affair with while serving overseas. Lindsay brings her to his uncle Lord Mansfield (Tom Wilkinson) who along with his wife Lady Mansfield (Emily Watson) are already raising Elizabeth (Sarah Gadon), another niece the same age as Dido. Though Lady Mansfield fears scandal having a dark-skinned child as part of the home, Dido's father reminds them that his daughter does have the right to live there because of her lineage, and Lord Mansfield, a Lord Chief Justice of Britain, agrees. Belle and Elizabeth quickly become best friends, and when they come of age each begins courting suitors. Elizabeth is pursued by James Ashford (Tom Felton), a smarmy and racist manipulator who wants to marry her in order to please his equally conniving mother (Miranda Richardson) by increasing his own family's wealth and standing, while Dido proves alluring to James' brother Oliver (James Norton). However Dido's deepest affections are for John Davinier (Sam Reid), an idealistic young lawyer who is trying to sway Lord Mansfield on a crucial case before the high court that will have profound implications for Britain's slave trade. ~ Perry Seibert, Rovi

Originally released as a motion picture in 2013.

Features: digital copy of film, Belle : the story, Gugu Mbatha-Raw breakout role, The power of Belle, From painting to screen, The history behind the painting, still gallery.

Dido Elizabeth Belle, the illegitimate daughter of a British Navy captain and an African slave under the care of her aristocratic great-uncle Lord Mansfield, successfully navigates prejudicial eighteenth-century English society and plays a part in the downfall of British slave trade.