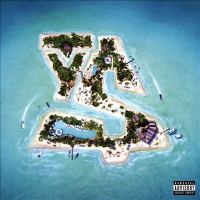 Tyrone Griffin's second album is truly his fourth Beach House release. The first two volumes were 2012-2013 mixtapes. Beach House EP, Griffin's debut for major-label Atlantic, materialized in 2014 and affirmed with two Top Ten R&B/hip-hop hits that the serial collaborator could headline. Beach House III, the proper follow-up to Free TC, trails other intermediary releases and some of Griffin's biggest hits as a featured artist, such as Fifth Harmony's "Work from Home" and Jason Derulo's "Swalla" (the latter the first charting single to share its title with a punk drummer's surname since Kasey Musgraves' "Biscuits"). Despite Griffin's 2010s pop success and featured roles on tracks outside the R&B and rap genres, Beach House III includes only one dance-pop diversion, and likewise mirrors Free TC with its emphasis on nonchalant balling outfitted with nuanced trap-styled rumblers and modern funk grooves. From a production standpoint, the lone real surprise is that Skrillex is credited on six tracks, though he's inconspicuous among the likes of Griffin, D'Mile, Mike Dean, Mike Will, and DJ Mustard. In two instances, Griffin directly refers to troubles, but he never goes in depth. He opts instead to focus on various retail, chemical, and sexual indulgences, highlighted by "Ex," "Don't Judge Me," and "Droptop in the Rain," the last of which sports a hook that is filthy in every respect. After 13 mostly prime cuts pass through -- even the minute-length interludes are remarkable -- Griffin gets into some actual heartache. He duets with Fifth Harmony's Lauren Jauregui, then on "All the Time" delivers his most intense performance, belting "Bet you ain't know you was my baby" nearly at full throat, like it's a realization as much as it is a testimonial. In the album's final scene, a lonesome Griffin finds himself in a strip club with severely compromised faculties, though his simile game is at full strength, more descriptive than that of any contemporary illustrating the underside of playboy affluence: "I just watch you like a babysitter/I'm lit, stuck where I sit." Peeling away the factors that obscure Griffin's talent -- the vulgar hedonism, the cavalcade of predominantly superfluous guest artists -- can take some effort. Beach House III is nonetheless conclusive evidence that the singer, rapper, songwriter, producer, and multi-instrumentalist is among the most skilled and creative figures in the business. ~ Andy Kellman