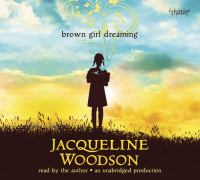 Jacqueline Woodson, one of today's finest writers, tells the moving story of her childhood in mesmerizing verse. <p>Raised in South Carolina and New York, Woodson always felt halfway home in each place. In vivid poems, she shares what it was like to grow up as an African American in the 1960s and 1970s, living with the remnants of Jim Crow and her growing awareness of the Civil Rights movement. Touching and powerful, each poem is both accessible and emotionally charged, each line a glimpse into a child's soul as she searches for her place in the world. Woodson's eloquent poetry also reflects the joy of finding her voice through writing stories, despite the fact that she struggled with reading as a child. Her love of stories inspired her and stayed with her, creating the first sparks of the gifted writer she was to become. <p>Praise for Jacqueline Woodson: <br>Ms. Woodson writes with a sure understanding of the thoughts of young people, offering a poetic, eloquent narrative that is not simply a story . . . but a mature exploration of grown-up issues and self-discovery."-- The New York Times Book Review

In vivid poems that reflect the joy of finding her voice through writing stories, an award-winning author shares what it was like to grow up in the 1960s and 1970s in both the North and the South.

In this memoir in verse, Woodson offers an intimate, immediate portrait of her unfolding childhood, haunted by specters of discrimination and cheered by the comfort of family. The author's own narration, with the resonance of a storyteller, is plainly conversational. Her easy cadence leaves phrases open, ready to accept the next line, establishing a comfortable, familiar rhythm perfectly suited to the natural verse. Never calling attention to itself, Woodson's honest reading, with nuanced pauses, inflections, and occasional whispers, invests the emotional impact in service to the poetry, where it belongs. The memoir is already receiving lots of attention, and this audio production offers another entry point into a compelling, transformative life story. thom barthelmess (c) Copyright 2014. The Horn Book, Inc., a wholly owned subsidiary of Media Source, Inc. No redistribution permitted.