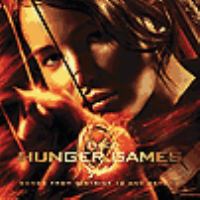 The hunger games [sound recording] : songs from District 12 and beyond.

One of the biggest signs that the team bringing Suzanne Collins' violent, riveting young adult book series The Hunger Games to the big screen was headed in the right direction was the choice of T-Bone Burnett as the soundtrack's producer. He did an award-winning job of bringing old-timey music to vibrant life for the Coen Brothers' O Brother, Where Art Thou?, and here he helps make sure that the music captures the series' places and themes as vividly as possible. The Hunger Games' story takes place in a post-apocalyptic North America reorganized into 12 districts that serve a decadent, corrupt capital and must sacrifice two children each year to a nationally televised fight to the death. Moody heroine Katniss Everdeen hails from coal-mining District 12, and there's a strong Appalachian bent to steely laments like the Punch Brothers' "Dark Days," the Civil Wars' "Kingdom Come," and honeyed lullabies such as Secret Sisters' "Tomorrow Will Be Kinder" and Neko Case's "Nothing to Remember." Meanwhile, rock and rap embody the dread and terror of the games and the arrogance of the forces behind them. Arcade Fire open the soundtrack with the marvelously tense "Abraham's Daughter"; the Decemberists and Glen Hansard go in for the kill with "One Engine" and "Take the Heartland," respectively, and Kid Cudi channels the doom surrounding the games with "The Ruler and the Killer." Other songs reveal just how carefully Collins' text was treated in this part of bringing it to film: daughters and fathers (or the lack thereof) is a significant theme within the story, and Carolina Chocolate Drops' "Daughter's Lament" and "Run Daddy Run" by Miranda Lambert and the Pistol Annies reflect it ably. However, the song most crucial to the book is "Safe & Sound," a soothing but sad lullaby repeated at key moments in the story. Fortunately, it's done justice by Taylor Swift and the Civil Wars, who give a reassuring warmth to its potentially eerie lyrics. The Hunger Games: Songs from District 12 and Beyond would be an impressive collection even if it weren't associated with one of 2012's most anticipated films, but the care put into the soundtrack makes it an experience that much richer for fans of the books, the movie, and any of the artists here. ~ Heather Phares

Songs produced by T Bone Burnett as a companion to the motion picture.

"Songs written and produced exclusively for this album"--Container.