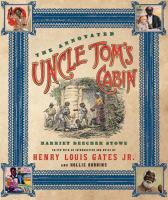 <p>Declared worthless and dehumanizing by James Baldwin in 1949, Uncle Tom\'s Cabin has lacked literary credibility for fifty years. Now, in a ringing refutation of Baldwin, Henry Louis Gates Jr. demonstrates the literary transcendence of Harriet Beecher Stowe\'s masterpiece. Uncle Tom\'s Cabin, first published in 1852, galvanized the American public as no other work of fiction has ever done. The editors animate pre-Civil War life with rich insights into the lives of slaves, abolitionists, and the American reading public. Examining the lingering effects of the novel, they provide new insights into emerging race-relation, women\'s, gay, and gender issues. With reproductions of rare prints, posters, and photographs, this book is also one of the most thorough anthologies of Uncle Tom images up to the present day.</p>

An interpretation of the American classic refutes statements about the work's dehumanizing qualities as cited by James Baldwin in 1955, explaining how it served to raise period awareness about slavery and abolitionism and continues to provide insight into modern race relations and other social issues.