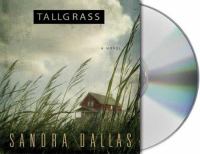 During World War II, a family finds life turned upside-down when the government opens a Japanese internment camp in their small Colorado town. After a young girl is murdered, all eyes turn on the newcomers. Rennie has just turned thirteen and until this time, life has pretty much been predictable and fair. But the winds of change are coming, and with them, a shift in her perspective and a discovery of secrets that can destroy even the most sacred things. Part thriller, part historical novel, Tallgrass by Sandra Dallas is a riveting exploration of the darkest - and best - parts of the human heart.

"Includes a bonus interview with the author"--Container.

Her life turned upside-down when a Japanese internment camp is opened in their small Colorado town, Rennie witnesses the way her community places suspicion on the newcomers when a young girl is murdered.

Rennie Stroud looks back to 1942, when she was 13, to tell a powerful coming-of-age story. That year, the U.S. government opened a Japanese internment camp outside Ellis, CO, less than a mile from where Rennie and her family farmed sugar beets. Rennie observes the prejudice of some of the townspeople as well as her parents' strong moral code and their entanglement in the emotions of the time. Her father, Loyal, not only shows open support for the Japanese, whom he views as Americans, but offers to hire them to work on the farm. When a young girl is murdered, suspicion naturally turns to the camp, and the town is divided by fear. Dallas's strong, provocative novel is a moving examination of prejudice and fear that addresses issues of community discord, abuse, and rape. Her phrasing and language bring the 1940s to life, and she has created characters that will linger with the reader. As in her previous work, The Persian Pickle Club, Dallas emphasizes the need for women to form strong networks in order to survive emotionally. Highly recommended for book clubs and public libraries.-Lesa M. Holstine, Glendale P.L., AZ (c) Copyright 2010. Library Journals LLC, a wholly owned subsidiary of Media Source, Inc. No redistribution permitted.