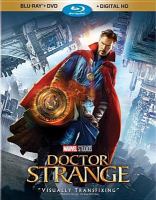 A former neurosurgeon embarks on a journey of healing, only to be drawn into the world of the mystical arts.

Based on characters created by Stan Lee.

After a car accident leaves him permanently injured, Dr. Stephen Strange discovers the mystical arts and trains to become a sorcerer and battle evil forces.