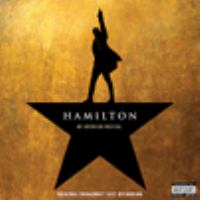 Inspired by the Ron Chernow biography, Hamilton: An American Musical is an innovative, hip-hop-charged stage musical about U.S. founding father Alexander Hamilton. That's right, hip-hop (and ethnically diverse casting) meet the 18th century. Its creator, book writer, composer-lyricist, and lead actor, Lin-Manuel Miranda, had his Broadway breakthrough in 2008 with Into the Heights, a musical about the Latino-American Manhattan neighborhood of Washington Heights that also incorporated rap music into its rambunctious songbook. Miranda won a Tony and a Grammy for his songwriting for the Best Musical winner. With Hamilton, he draws on rap, contemporary R&B, pop, and classic show tunes for a dynamic style that isn't just ambitious but accessible and catchy -- and there's plenty of conventional melody. The well-over-two-hour production does a good job of balancing tone and styles, so for those who find rap, or rather theater balladry, something to be endured, relief is just around the corner. Recorded with care over several days instead of the usual single recording session, and with production oversight by Questlove and Black Thought of the Roots, the cast recording opens with alternately rapped and sung exposition on "Alexander Hamilton." Sure, the concept of rapping historical figures can take some adjusting to, but where vocals are concerned, rapping isn't that much different from recitative (between arias) in opera, chant, or any other type of rhythmic speaking ("Ya Got Trouble" from The Music Man). It's the decidedly non-period R&B/21st century pop-flavored music and modern vernacular (with explicit language) in the distant setting that takes some suspension of disbelief. Once that happens, and the listener is confronted with the device quickly and impressively, it's smooth sailing. The rhythm and word plays are at such high levels -- lyrics are often delivered rapid-fire with interruptions occurring seamlessly in rhyme and in tempo -- it's hard not to be won over pretty much from the start, especially with lyrics like the sung political advice, "Talk less, smile more/Don't let them know what you're against or for" and meticulous, smile-inducing rap rhymes ("skill with the quill," etc.). Hamilton's verbosity is a running joke in the show, which comes to an apex in the "Cabinet Battles," exercises in rhetorical grandiloquence executed via a rap smackdown between Hamilton (Miranda) and, among others, Thomas Jefferson (Daveed Diggs). Another standout is the tender pop ballad "Wait for It" by Leslie Odom, Jr. as Aaron Burr, and the cast. If there's a significant knock on the show, it's that there's so much information communicated in the songs -- facts, reading of documents, summaries of events -- it would certainly be tedious if not accompanied by an unusually entertaining presentation, and some will decide that it still is. However, given the musical's fairly radical rendering and the limited access to the show -- any Broadway show -- this recording seems a vital one, and time will tell if the musical is a watershed in big-budget musical theater. ~ Marcy Donelson

Musical based on the life of Alexander Hamilton.

Inspired by the book Alexander Hamilton by Ron Chernow.

Musical based on the life of Alexander Hamilton.