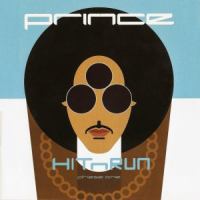 The cartoon album art of Prince's HITnRUN: Phase One echoes the cover portrait on its 2014 predecessor Art Official Age, a deliberate move suggesting this 2015 set is either a cousin or perhaps a reboot, questions the EDM revision of "This Could Be Us" (here titled "This Could B Us") doesn't put to bed. Prince consciously reconnected with his '80s work on Art Official Age, a nice wink for his return to Warner Bros., but HITnRUN covers similar territory in an edgy, impatient fashion, suggesting he wasn't thrilled by the 21st century indifference greeting both it and its companion, PlectrumElectrum, recorded with his power trio 3rdEyeGirl. He opens the proceedings by sampling himself and he's happy to throw side glances to his purple past, but he also ratchets up the electronic rhythms along with the stylized weirdness, peppering in references to Red Bull and cellphones alongside cameos from Rita Ora. What he winds up with is something neither fish nor fowl: a record that doesn't quite feel retro or fresh, yet is undeniably Prince. The question is, how is HITnRUN undeniably Prince? This used to be a fairly complicated question, but as he's gotten older it's turned into a simple equation consisting of a heavy dose of R&B, a few flourishes of fuzz guitar and pop harmonies, all divided between vamping soul workouts and slow jams. Prince has been dancing around this template since at least 2004's Musicology, perhaps even 1998's New Power Soul, but since 2007's Planet Earth he's been consistent in delivering tight little records where each element is well crafted and enjoyable. Anchored by the exuberant "Fallinlove2nite," the recycled "This Could B Us," and the Graffiti Bridge throwback "Million $ Show," HITnRUN is no exception to this rule. ~ Stephen Thomas Erlewine

Performed by Prince ; with accompanying musicians.

Produced and arranged by Prince.