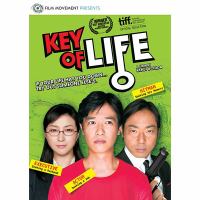 In Japanese with English subtitles ; closed-captioned.

Originally released as motion picture in 2012.

A failed actor switches identities with a stranger at a bath house--only to find himself filling the shoes of an elite assassin.

Not rated by the MPAA.