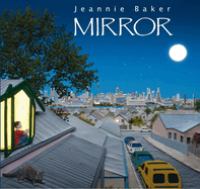 BookPublisher: Somerville, Mass. : Candlewick Press, 2010Edition: 1st U.S. ed.Description: [40] p. : col. ill. ; 27 x 28 cm.ISBN: 9780763648480; 0763648485.Language note: Story mainly without words, with some English and Arabic.Subject(s): Markets -- Juvenile fiction | Stories without words | Australia -- Juvenile fiction | Morocco -- Juvenile fiction | Picture books for childrenSummary: In Sydney, Australia, and in Morocco, two boys and their families have a day of shopping. Readers are invited to compare illustrations in two wordless stories that are intended to be read one from left to right and the other from right to left.
List(s) this item appears in: Picture Books with No Words Awards: Click to open in new window

An innovative, two-in-one picture book follows a parallel day in the life of two families: one in a Western city and one in a North African village. <br> <br> Somewhere in Sydney, Australia, a boy and his family wake up, eat breakfast, and head out for a busy day of shopping. Meanwhile, in a small village in Morocco, a boy and his family go through their own morning routines and set out to a bustling market. In this ingenious, wordless picture book, readers are invited to compare, page by page, the activities and surroundings of children in two different cultures. Their lives may at first seem quite unalike, but a closer look reveals that there are many things, some unexpected, that connect them as well. Designed to be read side by side -- one from the left and the other from the right -- these intriguing stories are told entirely through richly detailed collage illustrations.

In Sydney, Australia, and in Morocco, two boys and their families have a day of shopping. Readers are invited to compare illustrations in two wordless stories that are intended to be read one from left to right and the other from right to left.

Story mainly without words, with some English and Arabic.

Two side-by-side wordless stories mirror each other in more ways than one. Pages attached to the front inside cover open to the left and show a boy in Sydney, Australia. On the opposite cover, pages open to the right and follow a boy in rural Morocco. A bilingual introduction notes that the boys' lives are different but also similar, and the nifty comparisons begin on the covers, as each boy looks out a window at the moon; a big city and a remote village, but the same moon. (And two very different animals appear in the pictures -- an Australian brushtail possum and a crane in Morocco -- but both are known to frequent rooftops.) The stories begin with the families preparing for a father-son outing -- one by car to a hardware store, the other by donkey to a marketplace. Baker's minutely detailed collage art will keep viewers busy searching for comparisons, which are made easier with similar-colored clothing (the fathers in light blue, the baby siblings in yellow, etc.). Scenes that seem starkly different slowly reveal similarities (busy streets versus unpopulated mountains and valleys, yet the squiggly lines of highway resemble the winding path in Morocco); some scenes share unexpected commonalities (at the store in Sydney are a man in a turban and a woman in a headscarf; at the marketplace, people talk on cell phones). Viewers will thrill to see the Moroccan dad selling a carpet (woven by the boy's mother) to a man, while on the facing spread the Australian dad buys that same rug from the same man at a shop called 'Magic Carpets.' Magic, indeed. JENNIFER M. BRABANDER (c) Copyright 2010. The Horn Book, Inc., a wholly owned subsidiary of Media Source, Inc. No redistribution permitted.