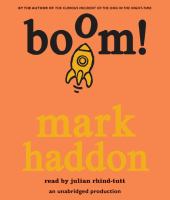 It was a stupid, insane, suicidal idea. This makes it hard to explain why Jim decided to help. Charlie was his best friend and he missed him. He couldn't think of anything better to do. They were really stupid reasons which were never going to impress the police, the headmistress or his parents.

When Jim and Charlie overhear two of their teachers talking in a secret language and the two friends set out to solve the mystery, they do not expect the dire consequences of their actions.

Jim and Charlie, in the midst of a middle-school prank, unwittingly discover that two of their teachers are evil aliens, part of a larger conspiracy. When Charlie disappears, what can Jim do but enlist his sister and set off in pursuit? What follows is a madcap action romp that includes a motorcycle chase, rock climbing in the wilds of Scotland, and finally a change of scene to outer space of the Douglas Adams variety, featuring the planet Plonk and characters like "Britney" the giant spider. "You come from Earth...I hear it is most delicious. Tell me about bagpipes. Tell me about Buckingham Palace and Elvis Presley. Tell me about cross-Channel ferries and ABBA, who are a Swedish pop band that shake my booty." Through derring-do, cliffhangers, and wisecracks, the narrative manages to be both a send-up and a celebration of classic sci-fi with its gadgets, invented language, and innocence. "Flipping heck!" our heroes exclaim, and then attack the bad guys with hairspray. From HORN BOOK, (c) Copyright 2010. The Horn Book, Inc., a wholly owned subsidiary of Media Source, Inc. No redistribution permitted.