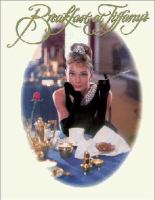 The story of Holly Golightly, the eccentric playgirl of Manhattan who befriends her curious & intrigued next door neighbor, a writer who's somewhat new to the city.

Originally produced as a motion picture in 1961.

Based on the novel by Truman Capote.

Holly Golightly is an eccentric New York City playgirl determined to marry a Brazilian millionaire. Her next-door neighbor, a writer, is "sponsored" by a wealthy patroness. Guessing who's the right man for Holly is easy; seeing just how romance blossoms is one of the enduring delights of the film.